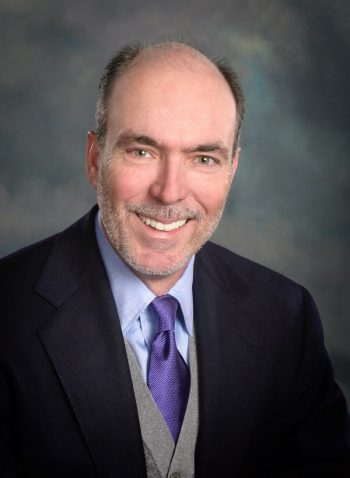 Dr. Carlos M. Alvarez was born in Havana, Cuba, and grew up in both South Florida and Puerto Rico. He received his Bachelor of Science from the University of Puerto Rico at Mayagüez, and his Doctor of Dental Medicine degree from the University of Puerto Rico, Medical Sciences Campus, in San Juan, under a U.S. Army Scholarship. After receiving his dental degree, Dr. Alvarez joined the U.S. Army as a general dental officer, where he practiced general dentistry for five years, with multiple leadership roles and assignments. He subsequently conducted his oral and maxillofacial surgery residency training at Brooke Army Medical Center in San Antonio, Texas. He was trained with intense exposure to dental implant systems, corrective and reconstructive jaw surgery, orthognathic procedures, dentoalveolar surgery, cancer and reconstructive surgery, laser supported surgery and interventional combat trauma surgical management. In addition, he is a graduate of the U.S. Army Command and General Staff College. All these disciplines have led to a rich and varied background that he successfully applies to his everyday surgical practice.

He is a veteran of three combat tours, including Iraqi Freedom. As an Army Medical Department Officer, he has deployed for several humanitarian medical and surgical support missions in South America, Asia, the Far East, the Middle East and Africa. After completing 31-years of service, he retired as a full Colonel from the United States Army. He has served as Oral and Maxillofacial Surgery Division Chief at several Veterans Administration Medical Centers, in addition to holding associate clinical professorships at Louisiana State University’s oral and maxillofacial training program in New Orleans, and at the oral and maxillofacial surgery training program of the University of Texas Health Sciences Center in San Antonio. He has served as a consultant in oral and maxillofacial surgery to the Otolaryngology Clinic at Stanford University Medical Center, Palo Alto, California. He is an assistant clinical professor with Midwestern University and actively serves as adjunct clinical faculty with the Arizona State University Oral and Maxillofacial Surgery Residency Program at Banner Regional Medical Center. Dr. Alvarez is board certified by the American Board of Oral and Maxillofacial Surgery, and he is also a National Dental Competency Board Examiner with the Commission on Dental Competency Assessments (CDCA). He is a Life Fellow of the American Association of Oral and Maxillofacial Surgeons and is credentialed in deep sedation/general anesthesia. He believes in the best care anywhere motto and in providing competent and compassionate care to his patients. He is an avid sportsman who actively enjoys hiking, backpacking, jogging, rollerblading, cross-country skiing, fly fishing, outdoor photography and competitive shooting sporting events, having been an Olympic contender in small-bore rifle in the 1980 games. He has been married to his wonderful wife, Suzie, for 33 years, who is also his closest companion and friend.

Restore the health, function, and appearance of your smile with dental implants.

For your convenience, we provide our patients forms online to easily fill out prior to your visit.

If your third molars are causing dental issues, give your mouth the relief it needs with our quality wisdom teeth removal.

If you would like to refer someone to our care, we make the process a stress-free experience for both dentist and patient.